The Rule of St Benedict and Masonic Ritual 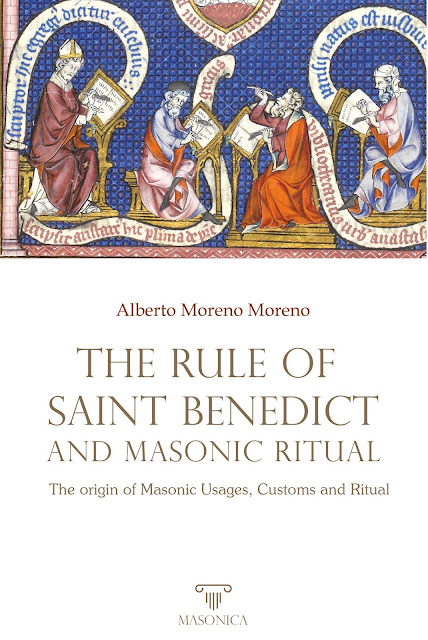 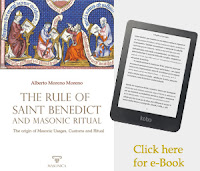 During the 12th century, the Cistercian Order, which followed the Benedictine Rule, founded numerous abbeys in England, and many masons joined the order as lay brothers or "converts." Because of their participation in monastic life, masons incorporated elements from both the Benedictine Rule and the Cistercian Ritual into their own usages and ceremonies. Among the elements coming from the monastic customs and rituals we find expressions such as "free and of good report" and "just and perfect," as well as the Sign of Grief and Distress, the prayers, the examination of the candidates, the posture during the Obligation, the need to render the masonic oath into a Solemn Obligation by kissing the Volume of the Sacred Law, the participation of the Brethren in the reception of the neophyte, the Charity Test or the custom of taking the new brother to a seat near the Senior Deacon. The Festive Board also follows accurately the monastic customs, as it borrows from monastic usages the arrangement of the table, the blessings, the location of the Master and the Wardens, and the Toast List, particularly the Toast to Absent Brethren and the Tylers Toast. Rather than speaking of influence, the reality is that the Benedictine Rule and the Cistercian Ritual formed the crucible where the Masonic ritual was forged.
CONTENTS
Prologue 13 The Rule of Saint Benedict 21 The character of the Rule of Saint Benedict 23 Saint Benedict of Nursia 26 Saint Benedict of Aniane 34 Cluny 37 The Cistercians 44 The birth of the Cistercian Order 44 The converses 49 Medieval masons and monastic orders 52 The Cistercian Ritual 58 The Old Charges and the Mason Word 63 The ceremony of Initiation 75 Introduction 77 Free and of good report 79 Neither naked nor clothed, barefoot nor shod 81 The entry of the candidate into the lodge 82 Jacob's Ladder 84 The examination of the candidate and the term «persevere» 89 The prayers 92 In whom do you put your trust? 95 The posture during the Obligation 97 The Obligation 109 A just and perfect Lodge 112 The "Brother" treatment 118 The sequence after the Obligation 122 To render it a Solemn Obligation (promissio and petitio) 122 What is the predominant wish of your heart? Light 127 The participation by the Brethren 128 The investiture with the Apron 130 The Charity Test 131 The new Brother is taken to his seat 133 The reading of the Lodge By-Laws 135 The Working Tools 137 All stand up 140 The Festive Board 145 The Festive Board table 147 The blessing of the table 151 The toast list 153 The toast to Absent Brethren 156 The Tyler’s Toast 158 The Signs 183 The Cistercian signs 185 The Sign of Grief and Distress 192 The Grand Mystery of Freemasons Discover'd (1724) 195 The Grand Mystery of Freemasons Discover'd (1724) 198 Stability 200 The tongue and the key 205 The Regius manuscript 213 The protocol of the Grand Master 223 The Kiss of Peace 231 The 24-inch Gauge 239
PROLOGUE

The first reference I found concerning the debt owed by Freemasonry to the Rule of St. Benedict was in Patrick Négrier’s Le Rite des Anciens Devoirs. Old Charges (1390-1729). The manuscripts of Old Charges had been studied for more than a century, but the furthest scholars had gone was just to order them by families, taking into account their formal characteristics. However, they had barely penetrated their content, neither had they analyzed the reasons for their evolution and changes over more than five centuries, until Patrick Négrier proved that, with a small pocket book that really came to the crux of the matter, it was possible to advance Masonic historiography much further than with just a long series of merely descriptive studies.

In Le Rite des Anciens Devoirs, the French philosopher asserted that the Regius manuscript was “a dialogue between Plato’s Republic and St. Benedict of Nursia’s Regula Monachorum.” This assertion was entirely justified, since the author of Regius wrote the part of the manuscript alluding to the Initiation inspired by a fragment of the Benedictine Rule, Chapter vii De humilitate (Of humility), just as the entire ceremony of Old Charges followed Chapter lviii Of the manner of receiving brothers. This aroused my curiosity, so I began to develop an interest in the Rule of Saint Benedict and its influence on Freemasonry.

While reading different versions of the Rule, I became aware that many usages and customs that we still practice in lodge were already described in the Rule (as all the book is focused on this subject, I will not enumerate them now). Nonetheless, it was at the moment that I started browsing the Cistercian Ritual that I was astonished by the similarity between monastic and Masonic usages. The rituals of monastic orders can be downloaded freely from the internet, and the reading of the Cistercian Ritual allows to appreciate how the ceremony of Masonic Initiation is largely a monastic Profession adapted to the needs of Masonic guilds. Not only were we doing the same things as prescribed by the Rule of Benedict; we were also doing them in the same way as the Cistercian Ritual established, and in the same order.

The version of the Cistercian Ritual I was using was not an ancient one. It was the latest version, released in 1998 in French and translated into English and Spanish in 2004. Despite more than 800 years having passed since Anglo-Saxon masons began to be received as lay brothers in Cistercian abbeys, and almost 500 years since monasteries were dissolved in England, the similarities were still evident. In fact, in view of this strong correlation, rather than considering the Rule of Benedict as an influence on the Masonic ritual, maybe we should consider that the Rule and the Cistercian Ritual together formed the crucible where the Masonic ritual was forged. This did not happen for a religious or ideological purpose (in 12th century Europe it would have never made sense to raise an intellectual discourse beyond the bounds of Christianity), but for a merely practical reason: stonemasons needed a ceremony to make their new Fellowcrafts, and they adopted the rituals that they were used to seeing and were familiar to them. This does, therefore, raise another question: what happened before the Benedictine and Cistercian monks?

Masons’ guilds are normally related to Roman collegia fabrorum; and there are similarities indeed. Nonetheless, once Rome left British soil, the collegia fabrorum also disappeared, to the point of having to import stonemasons from Gaul during the 7th century in order to erect religious buildings. In this sense, it looks like masons did not have any history at all during the Early Middle Ages in England, and they were brought from Frankish soil in a period when it was intended to impose the Rule of Saint Benedict in all Carolingian monasteries.

The incorporation of masons in the Cistercian Order as lay brothers (called converse brothers or converts) occurred from the very moment that the order arrived in England in 1128. The first manuscript of Old Charges available, the Regius manuscript, goes back to 1390, and the dissolution of the monasteries due to the Anglican schism took place between 1536 and 1540. During these 400 years, operative masons celebrated the creation of a new Fellowcraft through a ceremony in which the Old Charges manuscript was read, after which the new Fellowcraft swore to abide by its content. Because first lodges were constituted by converse masons in monasteries, our operative ancestors imitated a wide variety of usages and customs they used to see daily in the monastic environment. These elements have endured until the 21st century, and we practice them systematically in our regular meetings, without our being aware of their antiquity, not to mention their monastic origin. This Benedictine and Cistercian heritage in the Masonic ritual is what we are going to study in a detailed manner in this book.

Born in Albacete (Spain) in 1968, Alberto Moreno Moreno graduated in Business and Tourism and he is also a translator. He currently resides in Benidorm (Alicante, Spain), and is a member of Oliva – La Safor Lodge No. 112, Hiram Abiff Lodge No. 80, Germanies Royal Arch Chapter No. 37 (all of them in the Province of Valencia, Spain), as well as Séneca Lodge of Research No.179 (Seville). His Masonic interest focuses on Ancient Masonry and the historical origins of the Order, as well as Masonic rituals and their evolution. He has translated into Spanish works by the British author Walter Leslie Wilmshurst (The Meaning of Freemasonry, The Masonic Initiation, Parsifal), and by F. de P. Castells (Historical Analysis of the Holy Royal Arch Ritual), although his most popular project has been the translation, in seven volumes, of the fundamental text Morals and Dogma of the Ancient and Accepted Scottish Rite, by Albert Pike. As an author he has published The Rule of Saint Benedict and Masonic Ritual, and in Spanish Mystical Initiation and Masonic Ritual (Iniciación Mística y Ritual Masónico), Searching for F. de P. Castells (Buscando a F. de P. Castells) and the historical essay The Origin of Masonic Degrees (El Origen de los Grados Masónicos). He has also compiled the first bilingual Dictionary of Masonry English – Spanish.
Click on the images of the books to go to the publisher's website 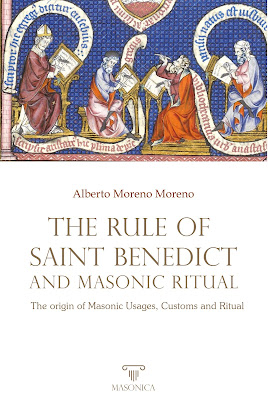 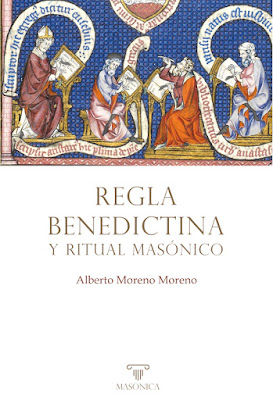 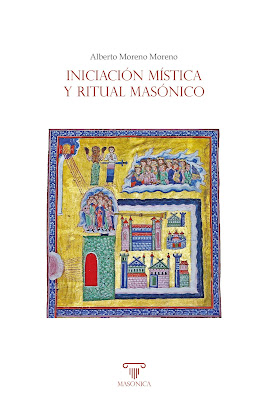 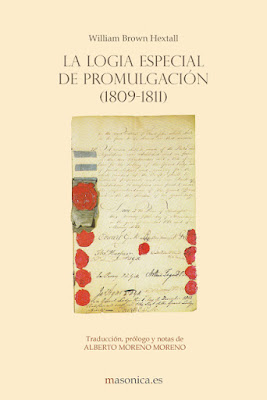 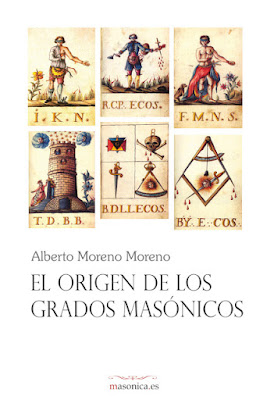 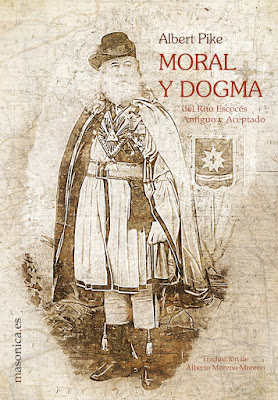 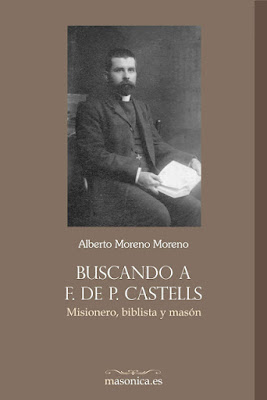 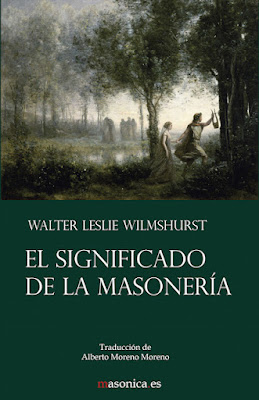 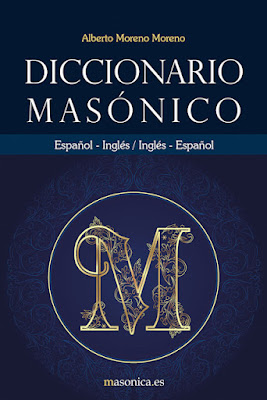 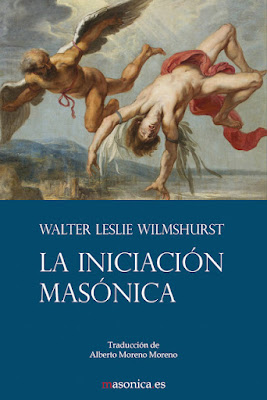 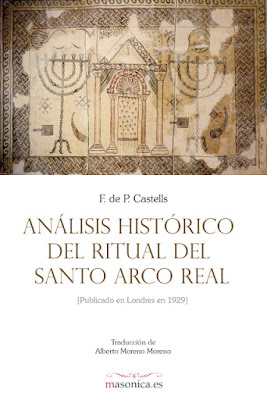 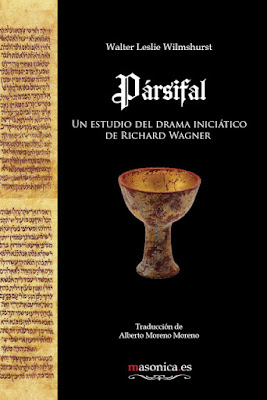 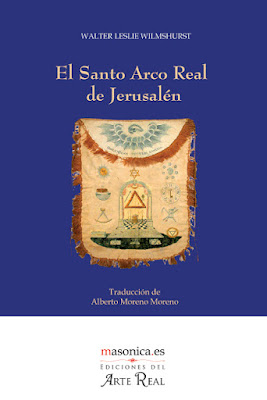 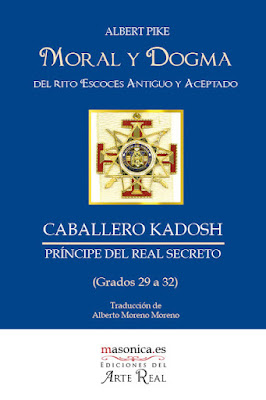 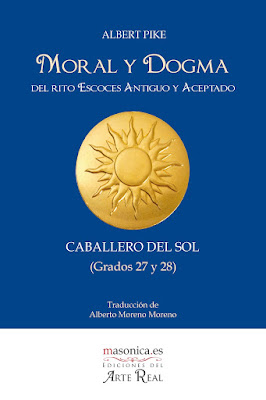 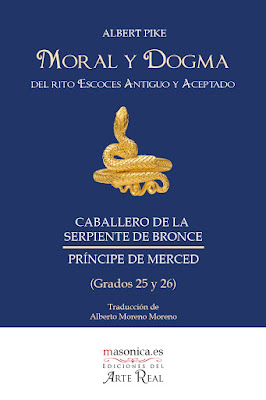 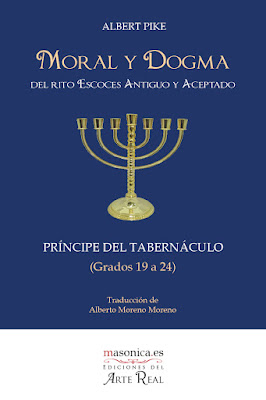 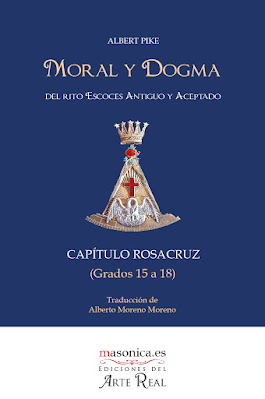 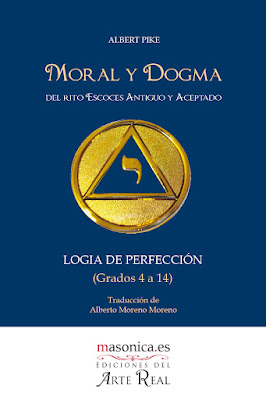 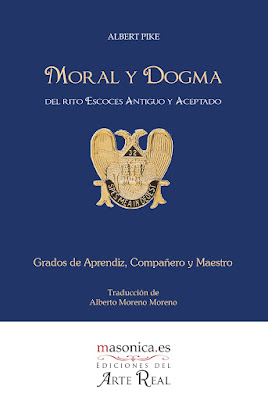 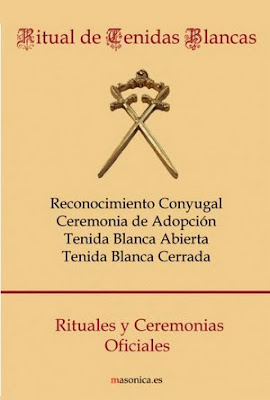